skip to main | skip to sidebar

You Will Never Walk Alone!! 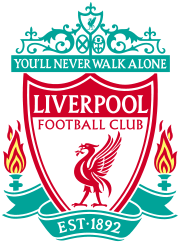 Certain good things in life are stimulating, certain great things come instantaneously; certain other wonderful things take you to a stratospheric zone of happiness which no other thing can take you. One of the fewest such things in life for me is Liverpool Football Club.

I always liked England and I liked Liverpool as the name which has a personification of English elegance to it. But it’s only in the early 2ks when English Premier League was introduced to India, courtesy Star Sports, ESPN, I got to know about clubs like Arsenal Manchester United and Liverpool. I stuck an instant chord with the club because they were well past their glory days and were an only trying to be a shadow of their Glorious Past.

My Cousin Vamsi introduced me to the fanaticism of Liverpool Football Club. As there was representation of Arsenal, United and Chelsea already at work place, people were glad to assign me the fourth team among the Big 4 of English Football even though my awareness of English football was quite dismal.

The Champions league 2005 triumph followed by the FA Cup 2006 and the Premiere League season 2008-09 were enough for me to get glued to the club for ever. Though the happy moments ever since have been far and few in between, more so after the departing of Xabi Alonso and the unceremonious sacking of Rafa Benitez.

Am glad to be associated with a football club which has such a great history and tradition & none of its fan base belong to the glory hunting brigade.

I wish Brendan Rodgers all the best and sign off with a hope that Steven Gerrard will play another champions league season and will also lift the Premiere League trophy.

You Will Never Walk Alone!
Posted by Identity Masking at 10:28 PM

Identity Masking
Hyderabad
Arvind belongs to the Kurt Cobain brigade of “I’m worst at what I do best” •Arvind likes to be called as an asylum for troubled lives •Arvind regrets the fact that the troubled lives do not agree with him on this •Arvind loves Liverpool Football Club. •Arvind believes that Liverpool FC is not love at first sight. •Arvind is a great starter and weak finisher in most of his endeavors •Arvind is a slow starter and big finisher in some things that really matter. •Arvind can sometimes transcend to unscalable heights but often comes down because of lack of company and oxygen. •Arvind offers secret prayers of gratitude to God for clandestine reasons. •Arvind has a tough choice to make between Gerrard Torres, Sachin Tendulkar & Stefan Edberg. •Arvind has made up his mind that he will show loyalty to his childhood hero Stefan Edberg. •Arvind believes that the movement of Edberg is the best sight he has seen in any sport.