skip to main | skip to sidebar

A SOS on COC - Commodization of Cricket! 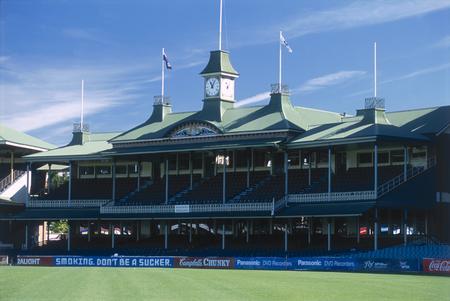 From early 2ks, ESS (EspnStar or then Star Sports) has been trying to advertise the game of cricket by glorifying the rivalry of any upcoming series.

Just that they chose to go the cinematic way of doing it than the accepted way of promoting a sporting event giving a brief history of its rivalry.

Starting from LG ‘All the best, LG ki Duva’ to the 99 India Team that went to the World cup, to early 2ks, And the hope against hope, come on India, dikhado, India ko Jitado, when all we had was Sachin and ten duds to fill the 11 in those days.

Predictably, Aussies won the Badla and Barood Test series 6-0.They also won the tri series with the men in then light blue managing just one win from 8 games.

Much better was the world cup 2011, add where rope walkers from different countries try to walk on a tight rope to the world cup. That was an advertisement for the event itself and not in blind support of a team.
The most recent one to the list being, ‘Aara ha hain Pakistan’ to which MSD coolly replies, ‘Anado’. We now understand why.

Even more infuriating was the kuch aise hi tha bachpan se ‘Kohli or Ashwin or anyone’.

It’s understandable if these superstars are performing such heroic larger than life stunts while promoting some Brand as part of their endorsements.

If these attempts are to publicize the game itself which needs no promotion in a Country where it is regarded as the strongest and most uniting religion, they just fall flat and their effect if any is quite dampening, appalling and adverse.

The best example of how to glorify an event can be taken from the Barclays Premiere League game promotions. Important games are promoted by adding lot of historical anecdotes that are tagged to each fixture. Like Aston Villa Vs Everton being the most played fixture in top flight. Liverpool Vs Manchester United the game of English Football and likes.

Hope the Broadcasters stop seeing the filmy side of sport and stop dishing out a comedy footage in garb of promoting an event & instead fill the events with facts and analysis that intensify the passion and stops giving the fans a feeling of Dejavu and an inevitable doom with this unsolicited optimism & exuberance!

Identity Masking
Hyderabad
Arvind belongs to the Kurt Cobain brigade of “I’m worst at what I do best” •Arvind likes to be called as an asylum for troubled lives •Arvind regrets the fact that the troubled lives do not agree with him on this •Arvind loves Liverpool Football Club. •Arvind believes that Liverpool FC is not love at first sight. •Arvind is a great starter and weak finisher in most of his endeavors •Arvind is a slow starter and big finisher in some things that really matter. •Arvind can sometimes transcend to unscalable heights but often comes down because of lack of company and oxygen. •Arvind offers secret prayers of gratitude to God for clandestine reasons. •Arvind has a tough choice to make between Gerrard Torres, Sachin Tendulkar & Stefan Edberg. •Arvind has made up his mind that he will show loyalty to his childhood hero Stefan Edberg. •Arvind believes that the movement of Edberg is the best sight he has seen in any sport.